Since returning from my Mansfield/Hartford Phish weekend, many people have been asking–  “So, you’ve been to 4 shows. You even traveled for a weekend of back-to-back phishing. Are you into Phish now?”

Into Phish is definitely too strong a descriptor at this moment in time. Into Phish implies you really know the music, you know a ton about the band, you know the tour history. I know none of these things.

I just learned Fishman’s first name (it’s Jon!). I know a factoid or two about Trey (he’s been sober since 2006!). I know roughly 6 words of a few songs (super helpful, though, as most songs are just those 6 words on repeat). I know what some songs are about– for example, “Runaway Jim” is about a dog named Jim. (How do I know this? Because the lyrics are, “I have a dog, his name was Jim.” Turns out my Ivy League comprehension skills aren’t entirely necessary for decoding Phish, and to be honest, I prefer it that way. I think enough during the day).  I just downloaded my first playlist, “Phish for Noobs,” sent to me yesterday by a friend and phan (sidenote about phans– they fucking LOVE when a skeptical newbie starts to like Phish, and their enthusiasm is so infectious it makes you want to like it even more. There’s no snobbery or judgement about Phish knowledge, they’re just a bunch of laid-back-yet-excitable people who would like nothing more in the world than to spread the love so that you can feel what they feel).

But am I into Phish? Probably not yet. Maybe I’m on my way. I’m definitely not NOT into Phish, which I believe is what the phans call “Phase 1.” (Yeah no. They don’t call it anything. I’m just trying to give myself a modicum of credit, because the teacher in me believes in acknowledging even the most minor of progress).

I’ll tell you this much, though– during the “Lizards” guitar solo at Hartford, I waved the shit out of my white flag and surrendered to that flow. I closed my eyes, leaned into Eric, and am pretty sure I left my body for a moment or two. The music, the fans, the lights, the energy, the amazing, loving group of people surrounding me– for that brief moment, everything was right with the world. Literally all the feels, begging to be felt. I’ve never experienced that at a concert. Hell, I’m not sure I’ve experienced that at any point in my life, as my brain tends to be driven by an underlying anxiety that, even in my calmest moments, always has at least one pinky on the wheel. But in that moment, it was the easiest thing in the world to understand why this life, and everything we get to experience during it, is the most unbelievably precious gift we as human beings have.

And if that’s the feeling phans keep chasing, then I might not be into Phish yet, but I 100% get it.

Pretty sure I’ve earned a gold star. Or, at the very least, a red donut. 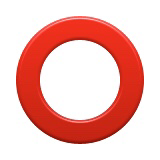 1 thought on “Phlowing Right Along: Progress of a Newbie”