Therapist: “Feelings are like the weather, in that they–.”

Me (looking at my latest dating match): “Aw, he’s a veterinarian! If he’s a vet, he must be a good person.”

Friend: “Or he’s a person who likes to stick his finger up buttholes.” 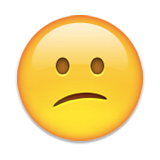 Last night at dinner with one of my dearest friends (who is a married, mom-of-two-kids) I asked for her opinion on the below text, as I feel like I’ve completely lost perspective and can no longer tell when a guy is being genuine or a douche.

Her takeaway: “Who is Drake? And what’s yolo?”

Watching a Sex And The City marathon and seeing Big treat Carrie like complete dog shit episode after episode, but knowing they end up living happily ever after, is giving me a really healthy and hopeful outlook on my love life.

I am now certain that that ex who could never quite verbalize his feelings for me will totally come around. Even though he told me, early and often, he was not in a “relationship place.” And he now lives across the country. And is married. With kids.

I can totally stop dating now, guys! It’s all happening!

In therapy, I always know that my therapist will be super impressed when I am able to put a positive analytical spin on a negative situation. After all, this kind of optimisim has taken me years to accomplish:

“So, I hurt my ankle over the summer while training for a marathon. It was a silly accident– I tripped over a tree root. It wasn’t an acute, horrible pain, but over the next few days, my ankle just felt generally weak and sore. So I decided to rest it for a few days. When I tried running again the next week, I still couldn’t. So I had to give up the marathon, which was hugely dissapointing, and take a longer hiatus from running. Just recently though, months later, I started to get back into it, running almost every day. And now my ankle is acting up again. And you know what? I think this might be God’s way of saying ‘SLOW DOWN, Em. Take a moment. Life isn’t a race. Breathe. Look around, appreciate what is happening in the now, and stop trying to run from your anxieties.’ So, see, the hurt ankle is actually a blessing– a constant reminder to stay focused in the present.”

I sat back, crossed my arms, extremely satisfied with myself for being so optimistically thoughtful.

Therapist: “I think God is telling you to get an x-ray. You might have a stress fracture.”

I have a pair of magic pants. I know, I know, you find that hard to believe– and for a while, I was pretty skeptical myself. But now, guys, I have proof.

My pants are magic because every winter, they shrink, and then every spring/summer, they expand again. It’s this neat little trick they’ve been playing on me for the past 5 years. And today, my magic pants took it to a whole new level. Instead of just shrinking and being uncomfortably tight, (their usual beginning-of-January-trick– my magic pants are nothing if not predictable) this year they decided to not even zip! It’s like they were saying “Hey, Em, I know you haven’t TRULY believed in our shrinking/expanding magic these past years– but look at us now! You can’t even zip us! NOW are you going to deny our powers?!”

And I’ll admit, I was still skeptical, because momma didn’t raise no fool. So I fought with the zipper. And wouldn’t you know it, just to prove their magic, not only did the pants not let me zip them, they made the zipper BREAK. Oh you silly magic pants. The games you play!

So now I’m a TRUE believer in your magic, Magic Pants. And the great thing about this is that I can just fold you right back up and take you out again in the spring. By that time, you will have expanded back to your normal size and re-grown your zipper. I’m confident that re-growing the zipper is part of your magic.

And you know what? Come springtime, I’ll even do that thing where I eat less nachos-and-hershey-nuggets dinners and generally remove myself from the ass-shaped crater in my couch more, because I feel like, for whatever reason, that makes you excited to do your magic expanding thing. It’s weird what sets you off.

Teamwork, Magic Pants. You and me.

This morning I woke up and saw on the news that there was a fire at Penn Station.

The old, Maryland-born me: “Oh my gosh, I hope no one got hurt!”

Me after 2 years in NYC: “Thank god I don’t have to go to the west side today. Also, I hope no one got hurt.”

Me after 5 years in NYC: “Thank god I don’t have to go to the west side today. This better not affect east side trains. Oh, also, I hope no one got hurt.”

Me this morning: “If this affects east side trains I will fucking kill someone.”