Two hours into a 24-hour babysitting stint with my nephew, and I’ve already run through all the emotions. 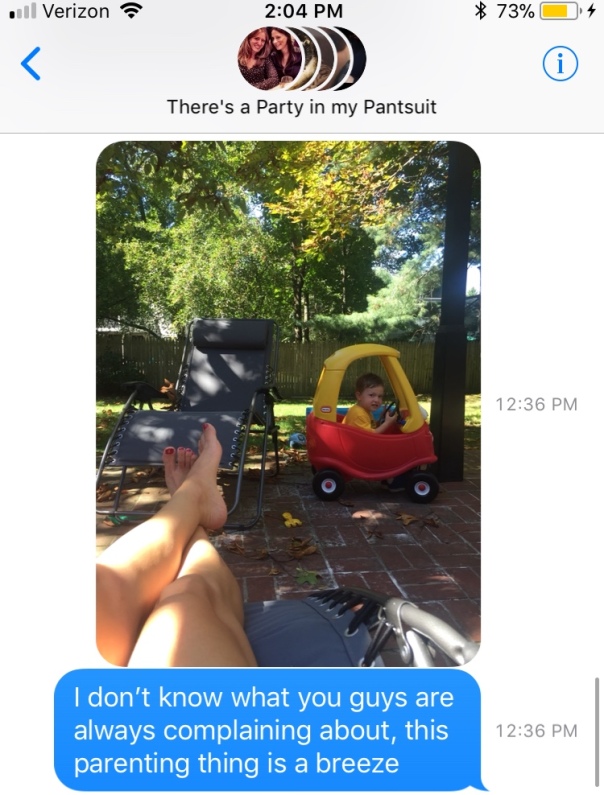 (Continuation of Babysitters of the Year ) 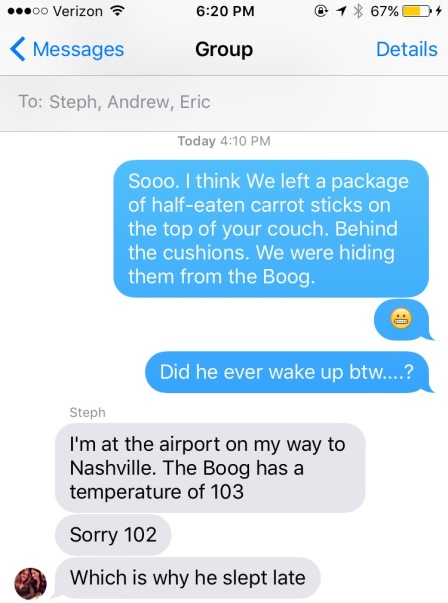 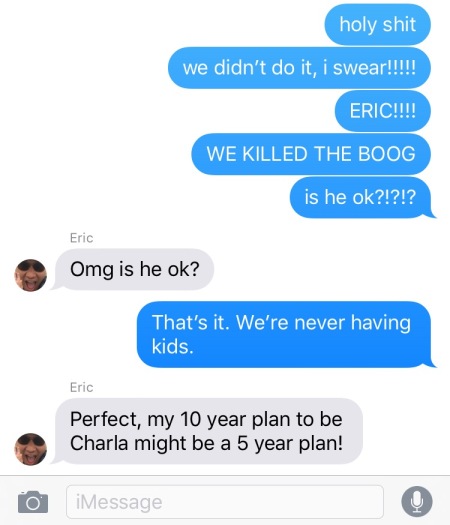 Yesterday Eric and I babysat my nephew (aka “The Boog”) for the entire day while my sister and brother in law were on Long Island. We put him to bed at 7:00pm. 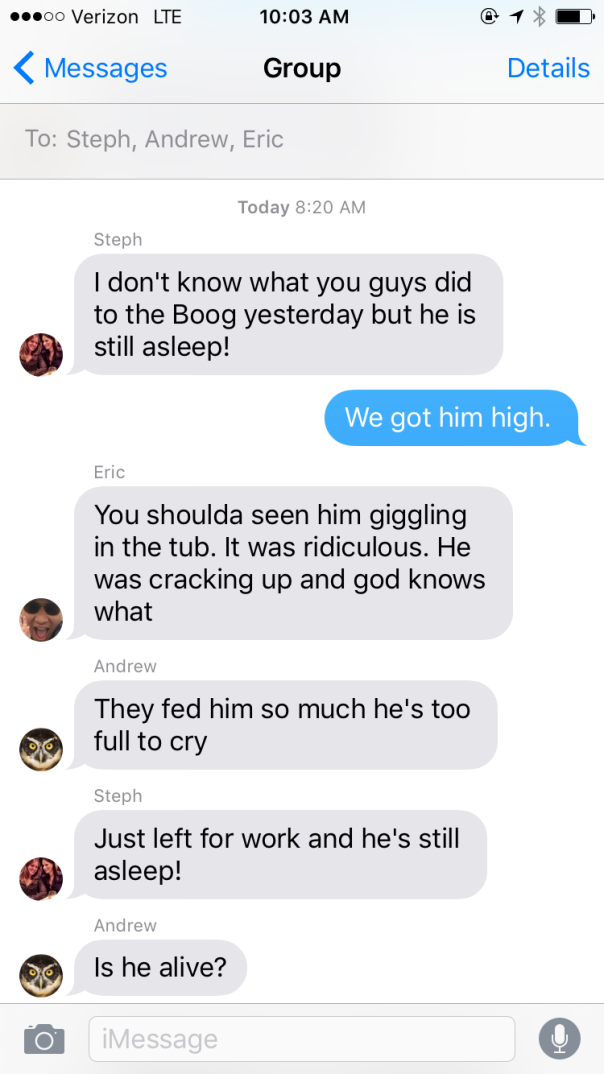 It’s funny how when you spend an extended amount of time with family in close quarters over the holidays, everyone starts to get really snippy with one another. Like how my mom just gave me the most disgusted, horrified look in response to the most benign comment.

I only suggested we put the baby in the dryer for ONE cycle. 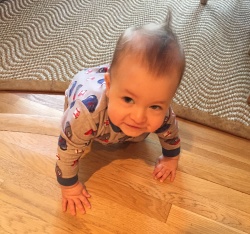 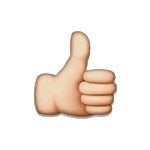 (Continuation of I Love Babysitting ) 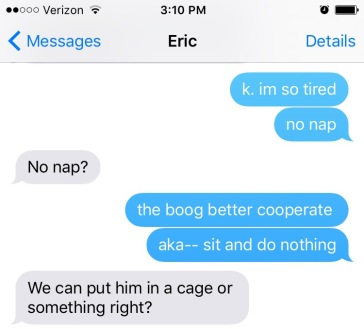 My sister and brother in law have a bar mitzvah on Long Island, so tonight’s the night Eric and I lube up the baby and watch him crawl across the hardwood floors, an opportunity we missed during Lubegate and have regretted ever since.

If that goes well (how could it not?), we will break out hockey sticks and use the baby as a puck.

We will then stick him in a huge steam pot with pasta, dump red sauce on him, sprinkle him with parmesan, take a photo, and advertise him on craigslist as a gourmet spaghetti-and-meatball dinner for 10.

And to think I don’t even charge Steph and Andrew for my services. 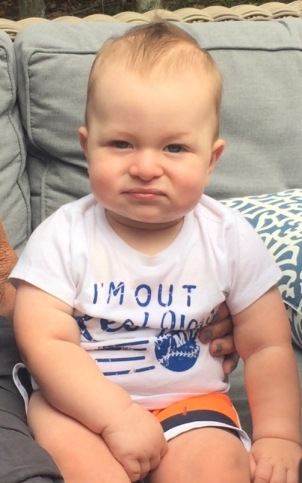 Am I not explaining myself well? 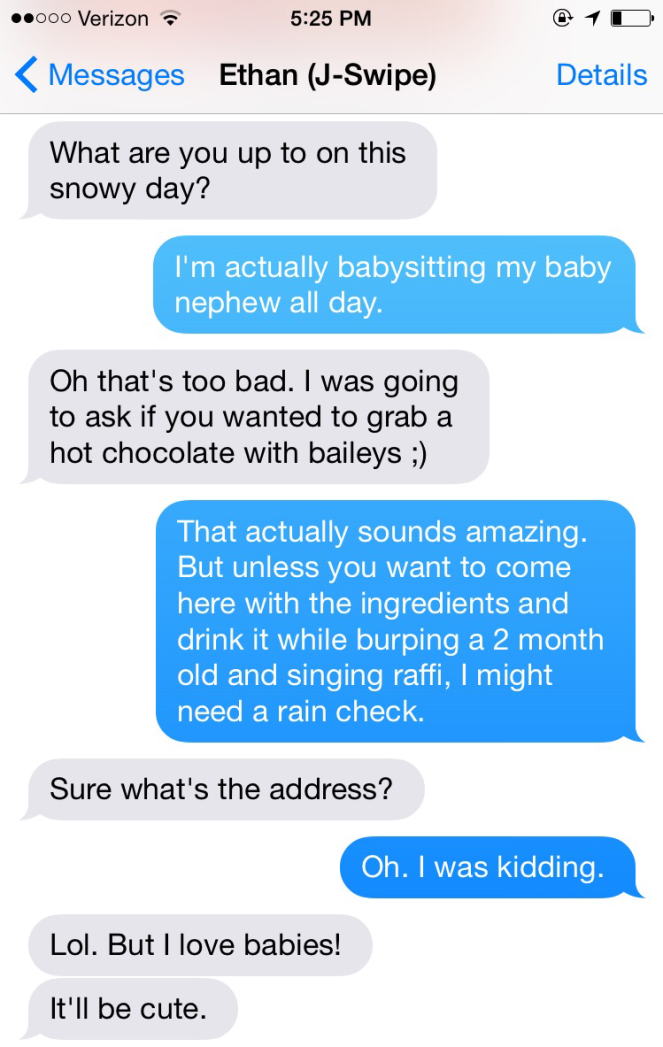 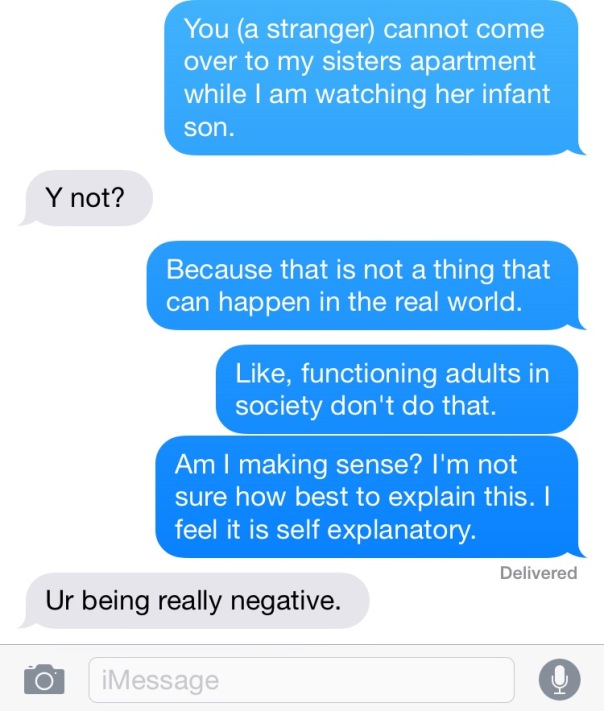 I just answered the door for the guy delivering my lunch, with my nephew in my arms.

I don’t know. It just happened.

My sister and new-mom friends are always saying that caring for an infant is difficult and exhausting, and honestly, I’m finding that really hard to believe. Steph left me in charge of my baby nephew for the day. I’ve been here for over two hours with him, and it’s been an absolute DREAM. He’s just hanging out here, right next to me, acting like a perfect angel as I’ve gone about my business, doing whatever it is I’d normally do– eating, texting, watching tv, blogging, reading my kindle. So stop your bitching, moms everywhere. This is not hard.

Guys– I’m worried. I think there might be something wrong with my month-old nephew. Now hear me out.

Last night, I offered to babysit so my sister and brother-in-law could go to dinner. They’d only be gone a couple hours– all I had to do was feed the kid and put him to bed. Child’s play. (Or baby’s play, if you will).

So everything was going fine. I told him it was time to eat, and he ate. I burped him, he burped. Right on cue. No problem. But THEN, guys, things got weird.

I told him it was bedtime, and he stared at me with wide eyes. Wide, alert, play-with-me eyes. “No, no,” I reminded him, “Bedtime is when we SHUT our eyes.” But he continued to stare at me, making the most awake-looking face one could possibly muster. “Oh god,” I thought to myself. “He thinks ‘bedtime’ means ‘be awake.’ How is he THIS confused? This is literally the least confusing concept to understand.”

“Ok, don’t panic,” I told myself, taking a deep breath. “Maybe he’s just a visual learner. No big deal. I’ll just model it for him.” So I put him down in his chair, facing me, and then I closed my eyes and mimicked a light snore. “Now do you remember what bedtime means?” I asked him. He cocked his head a bit so I took that as a yes. Turns out he was just pissing himself. No shame at all, this kid. None.

So I took him back into the nursery and urged him to try again. “Ok, so, now that I gave you that very clear reminder about what bedtime means, it’s time for you to show me what you’ve learned.” But did the kid shut his eyes? No. He opened them even WIDER. I didn’t even think it was possible for such small eyes to open that wide. Nor did I know it was possible to be THIS BAD at following directions. I’m a teacher, I’ve seen kids screw up plenty a direction, but rarely do they do the EXACT opposite of what I ask. This is bad.

For the next 70 minutes, he continued to lay there, not understanding what bedtime means. At one point he even started cooing and making what I can only assume were meant to be jazz hands. Is this kid fucking serious?

So what do we think is going on here? Does he not speak English? Does he have some rare processing disorder where information goes in, and then his brain turns it around to mean the EXACT opposite? Do you think my sister knows something’s up, or does she have her rose-colored mom glasses on? Should I tell her?

GUYS– HE DOESN’T UNDERSTAND WHAT BEDTIME MEANS. I just hope they have specialists for this. 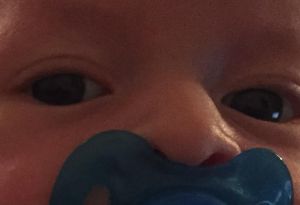